Wollumbin (aka Mount Warning) in the above photo is known to the locals as ‘The sleeping giant’. It was formed by a volcanic plug when the ancient Tweed volcano erupted 23m years ago creating one of the largest calderas in the world. It is a sacred Aboriginal site, nested in a pocket of the Heritage listed Gondwana rainforest. From a distance Wollumbin looks like a sleeping giant which, in my imagination harbours the strength, energy and resilience that I would like to nurture in my children and grand-children.

My twin grand-daughters were born in Nicaragua, a country of lakes and volcanoes. They spent the first two years of their lives in the shadow of Volcán Masaya whose Santiago crater bubbles with molten lava, projecting a large red sulphur cloud by night. By day the awe inspiring presence of this active volcano is felt by its constant rumblings as it degasses. 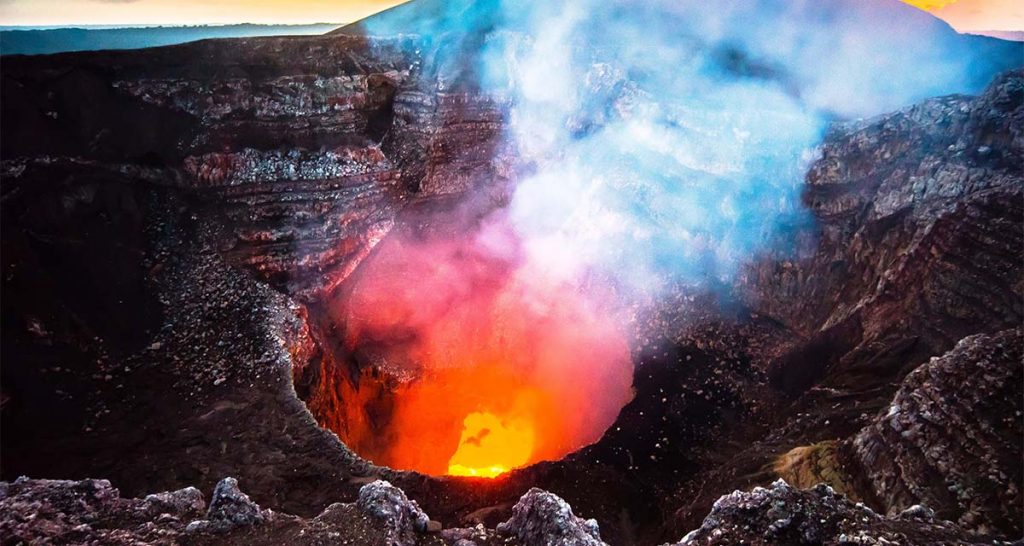 In my imagination, it is significant that I was born on a volcanic island, Mauritius, and that I should now live in the shadow of another volcano, albeit an extinct one. Fingal Head, situated 45 kms from Wollumbin, is the home of the Giant causeway, or Booniny (giant echidna) as it is known to the local indigenous Goodjingburra people. Its basalt columns, the spikes of the echidna, were formed as the lava cooled and cracked. The Fingal Headland is said to be inhabited by the spirit of this giant echidna, and also by that of a hairy cave man and his black dog who were displaced when their cave was blown apart. These spirits together with the spectacular scenery of the Tweed caldera are constant reminders of the extraordinary forces of nature to which I appeal in my search for words. 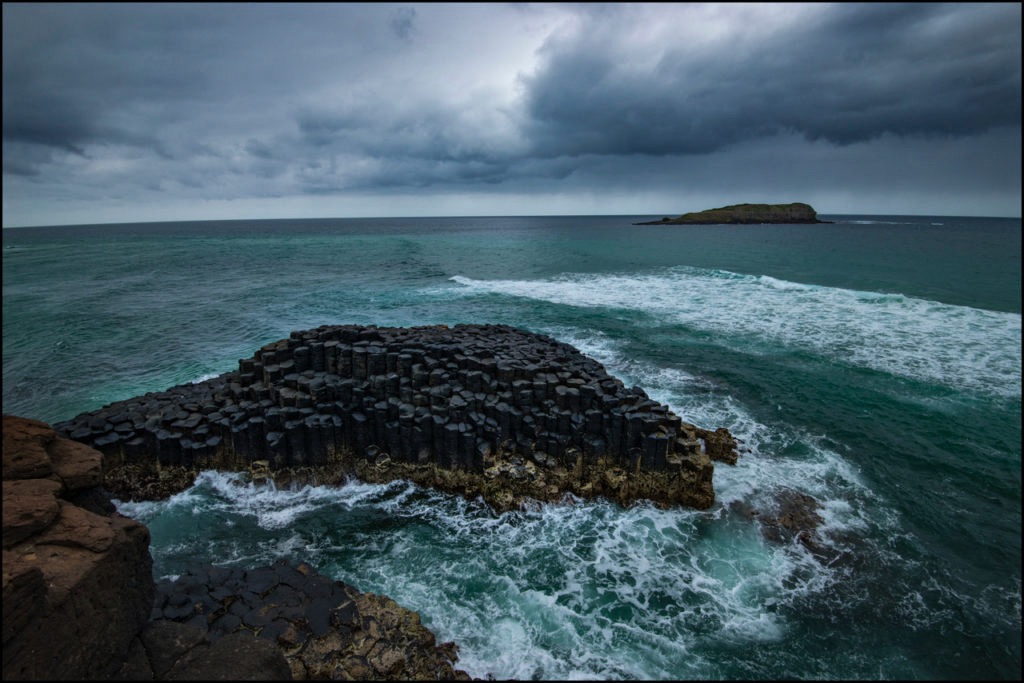 I search for words that remind me of where I came from, so that I may better understand what I am, and why. My parents told me little of their past, maybe they were too traumatised by the events of WWII to wish to share their memories. Born of a Mauritian father and an English mother and now living in Australia, the ignorance of my distant past leaves me with a feeling of not belonging anywhere. Though my childhood does not comprise events of great significance, I would like to share with my grand-children whatever memories linger, so they may have some knowledge of their roots. They are of such mixed heritage – African, English, French, Austronesian, Nicaraguan (which probably means both Spanish and Aztec). Ticuantepe, where they spent the first two years of their life, means ‘Jaguar Mountain’ in Nahuatl, an Aztec language. May their African and Aztec ancestors join forces to make them strong, kind, bold, wise, and generous. May their European heritage inspire them to learn the languages that their parents and grandparents spoke. And may their distant Autronesian origin provide a link with the Aboriginal cultures of Australia, however tenuous.

I also seek inspiration for these blogs in the plants and the birds that fill in my garden. Accompanied by my cat CousCous, who keeps constant watch over me, I dream of the day that my little nietas will be by my side to help me pick some flowers, fill the birdbaths, and feed the chooks. 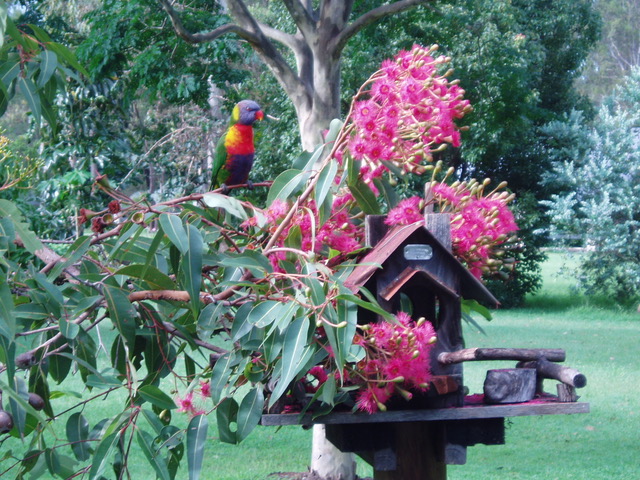