My passion for creole linguistics has given me the opportunity to travel to many exotic destinations, but none so emotionally charged as the Cape Coast of Ghana. It is where the trans-Atlantic slave trade took place from the 15th to the 19th centuries. It is where the first slaves who came to Mauritius may well have been held captive in the forts and castles that now feature amongst the major tourist attractions of Ghana. Etched in my memory are the chamber of horrors, the ‘Door of no return’ through which millions of branded and shackled slaves were shunted. Leaving their country for ever, they were transported across oceans to build the fortunes of empires on sugar and cotton plantations. And wherever they went, their efforts at speaking the language of their masters resulted in the creation of new creole languages … English (Hawaii, Jamaica), French (Haiti, Louisiana), Portuguese and Spanish (Papiamento in the Dutch Caribbean), amongst many others. In the Indian Ocean, it was Mauritian Creole, a French lexifier Creole, which has now the lingua franca of of my native isle. 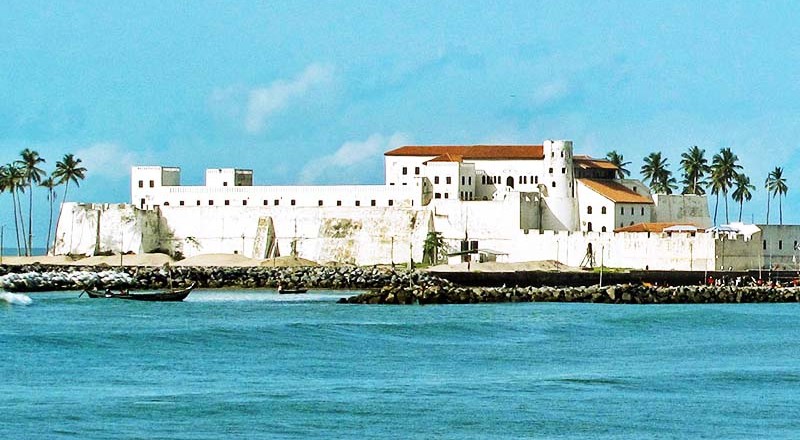 Elmina Castle, the first trading post built on the Gulf of Guinea, Ghana

Painful roots of a native tongue

It was in 1721 that the French arrived in Mauritius with their first shipment of slaves to develop the sugar industry. Later consignments were brought from the much closer coast of East Africa, and Madagascar. The slaves all spoke mutually unintelligible languages, hence the imminent necessity for the creation of a shared communication system. A new creole emerged from the attempts of the slaves to reproduce the language of their masters. There is evidence that as early as 1773, 50 years after settlement, this new vernacular had become the shared language of a community of slaves. A notice in a local newspaper mentioned the disappearance of a young Mozambique boy aged 13 years who could not understand ‘la langue créole’ (the creole language), and was therefore unable to give his master’s name and explain where he lived.* The creole went through a process of grammaticalization and, by the end of the 19th century, it had evolved a grammar which was quite different from that of French. It is commonly referred to as Morisien. It has become the lingua franca of the island and is spoken by over 90% of the population.

The waves pound their guilt

It was the wet season when we visited Cape Coast, and we never saw the sun. A thick layer of clouds hovered permanently over us, yielding almost 100% humidity. No blue skies, no blue sea, just grey waves pounding relentlessly on the beach, as if asking, and asking again, and again, the reason for such cruelty, lamenting the horrors to which they were complicit, begging forgiveness. The gloomy skies created an atmosphere of profound sadness and shame. Even the sea felt cold, despite our proximity to the equator. 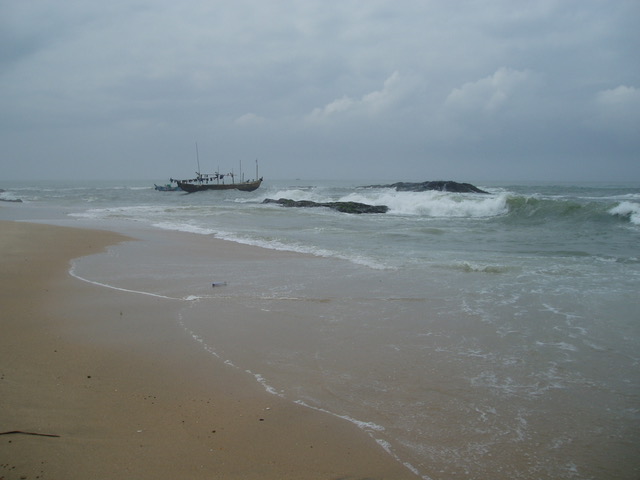 With the arrival of Europeans in the 15th century came Christianity, which has today become the faith of over 70% of the population of Ghana. Nowadays, religious fervour finds expression in all walks of life and is particularly apparent in the media and on those billboards strewn along the highway, whose messages are inspired from the gospels.
My time in Ghana was spent mostly in Accra, and my conversations were with local residents of the capital. I was told that smoking, drinking and playing up are associated with evil ways and perceived to be very unchristian. Consequently, no one is seen smoking  in public and the sale of cigarettes is mostly under the counter.

Faith permeates every aspect of Ghanian life and is particularly apparent in business advertising. Phrases are borrowed from the Gospels to create business names that reflect an allegiance to God . Thus we have:

By the Grace Electricals

On our way to Cape Coast, we also drive past the ‘Fear not beauty salon’ and the ‘In thee Lodge’, etc. 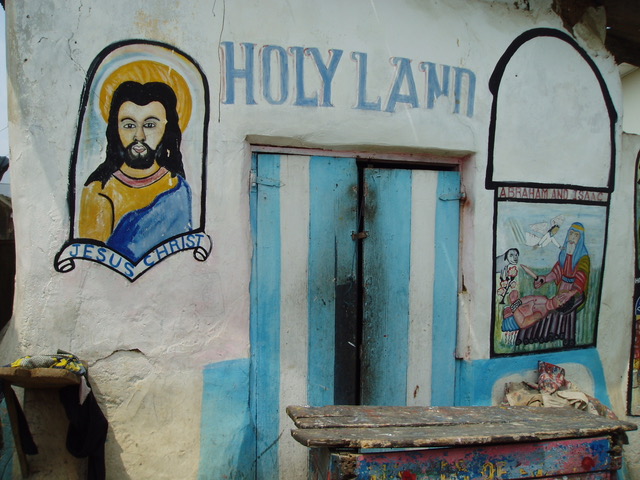 Ghana obtained its independence from the UK in 1957, and English is still the official language. It is used side by side with other African languages (Akan, Ewe, Gbe, and more …), as well as a creole language known as Ghanaian Pidgin English. My poor efforts at second language learning were thus a bit of a waste of time, for in this multilingual country, everyone is fluent English.

As in every country where multiple languages are spoken, each language gets subjected to inevitable semantic shifts, yielding interesting and amusing interpretations. During our 200km drive to the coast, we come across signs warning that ‘Overspeeding kills’.

We drive past the ‘Peculiar Children Academy’  – we are not sure whether this means ‘gifted’ or ‘retarded’, but at any rate, we assume that they deviate from the norm.

There are ads for ‘Konfidor’ which promises to ‘kill Akate dead’ (Akate is head lice), and for a painkilling tablet that ‘conquers pain completely and endlessly’. We drive past the  ‘African Barbering Salon’, and the ‘Health and Longevity Academy’ which claims that ‘If you look after your body, it will last a lifetime’.

As a linguist, I relished in this linguistic ingenuity, recalling the ad for the local Mauritian Phoenix beer in three languages side by side, and everyone understood its message.

Our final excursion before returning to Accra is to the equatorial rainforest in the Kakum National Park where we have the exhilarating experience of walking across 7 rope bridges suspended 40 metres above ground, over the canopy of an equatorial rain forest. They were erected by a couple of Canadians who wanted to promote ecotourism. I was fortunate to not fear heights.

The business of traffic jams

The trip back to Accra saw us stuck for 3 hours in one of the proverbial traffic jams. The amazingly patient and resilient Ghanaians have learnt to make the most of this dismal state of affairs, which has created for them unique business opportunities. Amidst the chaos, street vendors, with huge baskets, and even glass containers balanced on their head, sell their produce and wares, weaving their way between lanes of traffic. This makes it possible for commuters to shop for all their needs on their way home, and even have dinner in their vehicle before reaching home.

There is no end to the variety of what is sold on the roadside, every conceivable food item, souvenirs, homewares, including massive clocks, toilets and kitchen sinks, and we even a see dentist chair with plastic packaging intact. This roadside trade is highly illegal of course, mostly because of the hazards that it creates. There is the occasional death, following which the police enforce the law and lock up a few traders. But they say they are only kept inside for a couple of days, a week at the most, and the only inconvenience is not being able to feed the family for the duration. Once released, they start all over again, with, it seems, the blessing of the police and commuters.

The initial trauma of missed flights and administrative hiccups have long been forgotten, but not so the turmoil of emotions raised by our visits to the slave forts. However, happy memories also have a habit of resurfacing, especially after having be so warmly welcomed by the Ghanians who are famous for their love of music, dancing, and festivals, just like Mauritians, really. l still feel privileged to have had the opportunity of this brief insight into a culture of which I knew little, despite the fact that one of my very distant ancestors may well have come from this land. 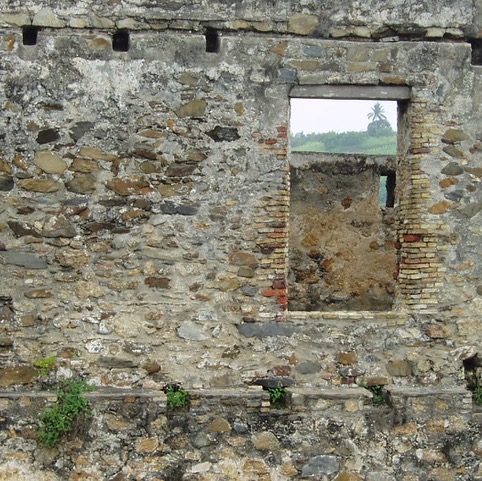 Ruins of Fort Amsterdam, on the way to Cape Coast